At the start of this year, Faye Huggins from Brackley WI in South Northamptonshire set up a Charity Knit and Knatter Group. The groups first project was to make Twiddlemuffs for Northampton General Hospital. Twenty three Twiddlemuffs were gratefully received at the A&E department.

Following the recent awful attack in Manchester a wonderful lady in Salford set up a Facebook group called #AHEART4MCR. She requested crafted hearts to be sent for distribution around the city for people to take home. Faye and a couple of other members (along with a member`s young son) made twenty eight hearts and sent them to be distributed around the city. There is now also a group set up in reponse to the London attack called #AHEART4LDN. Several Brackley WI members are now making hearts and sending them off to London.

Next the group will focus on knitting and crocheting Octopus for premature babies at Milton Keynes Hospital and hedgehogs for a local charity in Brackley. 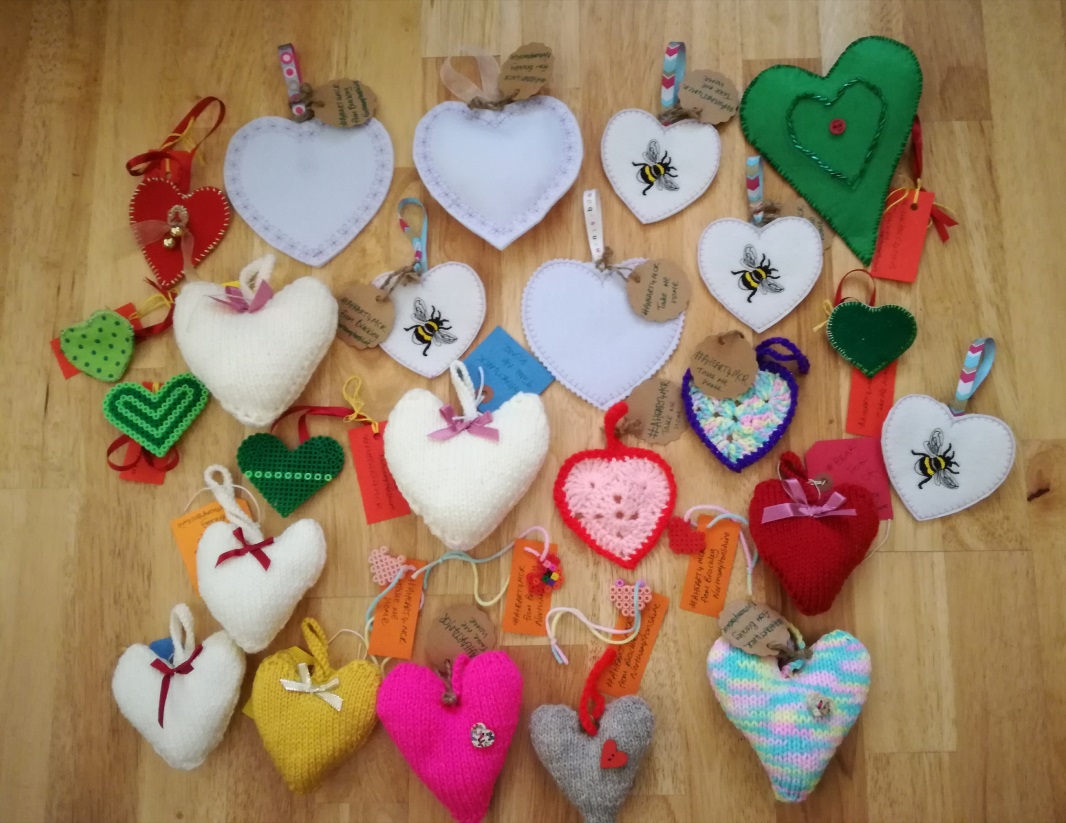