WI members are affiliated to the ACWW movement.

October 2020
On World Women's Day seven members of Wootton WI undertook a  "socially distanced" Sponsored Walk in aid of ACWW (spot the second group in the background!). £140 was raised and Wootton WI has asked for the monies raised to go to Project 1044, Improved access to water in Vollapuram district in India. 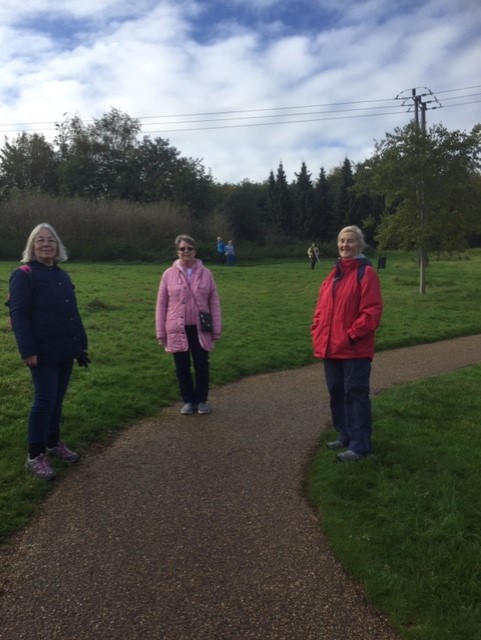 Hunsbury Hill WI also walked for ACWW, along with two dogs, and raised £100 in the process. Here is one of the groups of six. 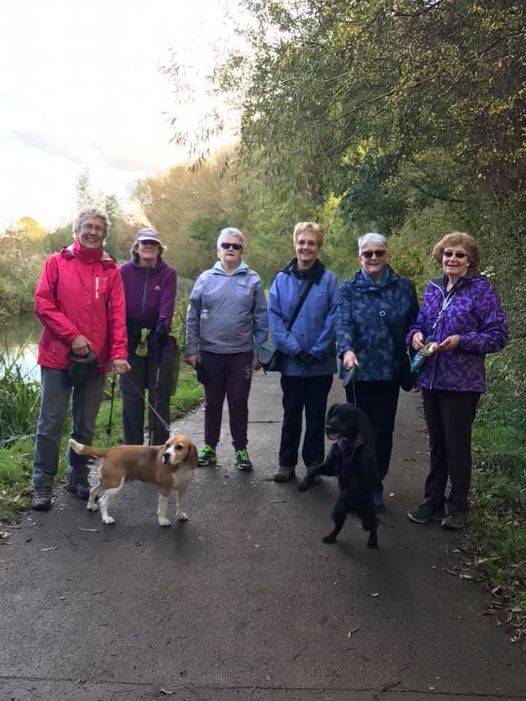 Five members of Irchester WI and two dogs walked for ACWW in Irchester Country Park. They collected £35 in donations and enjoyed a socially distanced coffee when they had finished.

July 2020 update from our ACWW Officer
My thanks and congratulations to WIs who have planned to celebrate Women Walk the World this year, in perhaps a different way, and thank you for your contributions to ACWW funds.
Our last bag of recycled goods, old and unwanted jewellery, watches, cameras, stamps, etc, has turned into a cheque for £63.40, so my thanks again for supporting this most worthwhile charity, where every penny will make a difference to women and children.
As with the WI, ACWW hears members resolutions and recommendations at the three yearly world conference.  If any member has such a recommendation for the next conference,due to be held in Malaysia in May 2022, please let me know.
Thanks again, Jean.

Click here for a report of Northamptonshire's activities prepared for the Triennial Conference held in Coventry in August 2016.

Many WIs collect "coins for friendship" at their meetings. This money is sent to ACWW to help provide much needed finance for projects which help women in the developing world.

The Northamptonshire Federation also undertakes to raise funds for a particular ACWW project most years.

A new project was launched at our Annual Council Meeting at Spinney Theatre on 30 October 2012 when we pledged ro raise £2454 for rain water harvesting projects in Sri Lanka. This was achieved within the two year period.

The Federation and individual WIs also hold promotional events throughout the year.

Wootton WI
As well as collecting Pennies for Friendship at their monthly meetings, Wootton WI also holds two annual fund raising events, one in January for re-gifted Christmas presents and a sponsored walk. Photo shows some of the members in Harrold Country Park in May 2019. 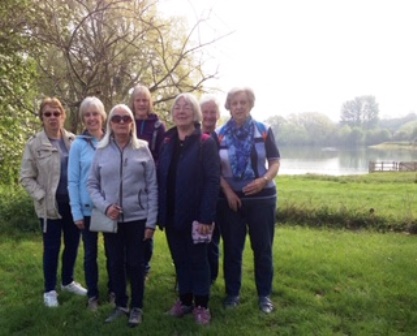 United Nations International Day for Rural Women
The Hall was full at Milton Malsor where we celebrated with a Cream Tea. Jackie Gregory spoke of her monitoring work of ACWW projects and of the Worldwide Triennial Conference to be held in August 2016 in Coventry; it has been 76 years since this Conference has been held in the UK. A chance for UK members to attend. A sackful of old and broken jewellery was collected to be recycled and foreign currency was collected. Also craft items for the "Shop" at the Conference. Jackie makes and sells jam to raise funds for ACWW.

WANTED - Items for "Country Store"
In August 2016 the UK is hosting the World Conference. WI members are invited to donate craft items for the "Country Store" Shop, as delegates may like browse and purchase a souvenier from the Conference. Items should reflect the UK and be travel friendly (no glass, food, wood, etc). Contact WI House for further details. 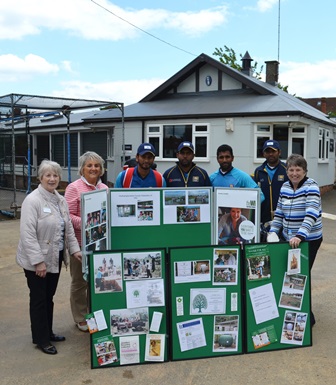 In 2012 an Afternoon Tea with Speaker, held at WI House, when Margaret MacKay, ACWW Projects Manager, explained to members how projects are chosen, how they are are monitored and answered questions. 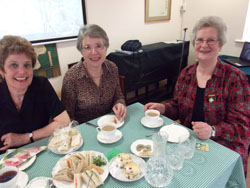 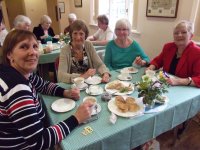